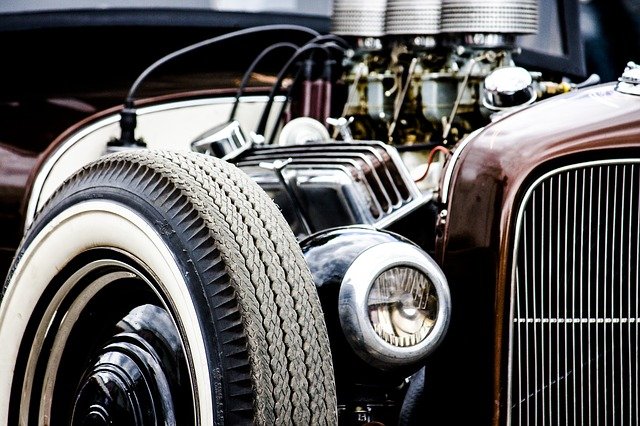 Almost everyone agrees that the wheel is the best invention of all time. Not only is it infinitely useful, but the types of wheels are equally diverse. Here are six of the most interesting kinds of wheels that have improved the standard of living for people worldwide.

Wheels for carts include not just the traditional horse-and-wagon type of cart, but also more modern inventions. For example, wheels make it possible to push shopping carts, library carts, and hand carts.

Where would we be without wheels on vehicles? Not only do the wheels on the bus go around and around, but wheels make it possible for trains, planes, and automobiles to move forward. Wheels inside the car include many rotating gears and of course the steering wheel used to change the direction of the front wheels.

Stephen Farfler was a German who invented the first wheelchair in 1665. He was a paraplegic watchmaker, who used his mechanical abilities to solve the problem of his own limited mobility. Since that time, wheelchairs have been modified to carry people anywhere they want to go, including off-road.

Whoever invented the first wheel used it not for transportation, but to make pottery. Most experts agree this historic invention occurred in Mesopotamia as early as 3500 B.C. The art of pottery-making has come a long way since then, but the design of the basic pottery wheel is still the same, and is enjoyed by potters everywhere.

The ancient Greeks were the first to create a watermill, which they used to make flour from grains. It works by transferring the water’s energy into the movement of the wheel’s blades, which then transfers the force to a grinding apparatus. This was a truly labor-saving device that quickly spread to agricultural societies around the world.

It is hard to imagine the skyline of London or the local county fair without a Ferris wheel. This is probably the largest type of wheel that exists, with the tallest being the 550-foot High Roller in Las Vegas, Nevada. George Washington Gale Ferris created the first one in 1893 for the World’s Columbian Exposition.

These six are some creative uses of the wheel’s round shape, but there are hundreds more ways it has been used over the centuries. Who knows what the next innovative use for this ancient creation will be?